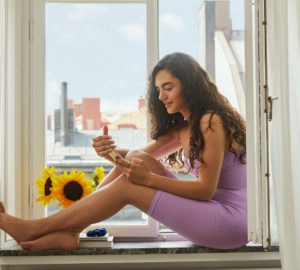 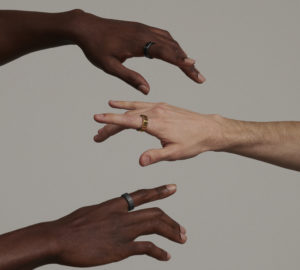 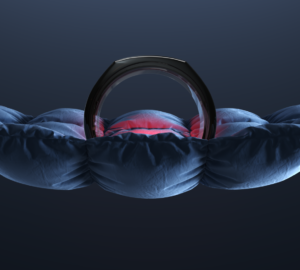 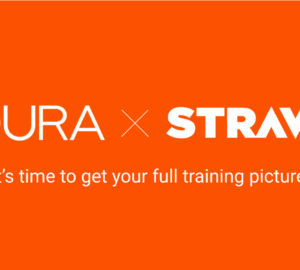 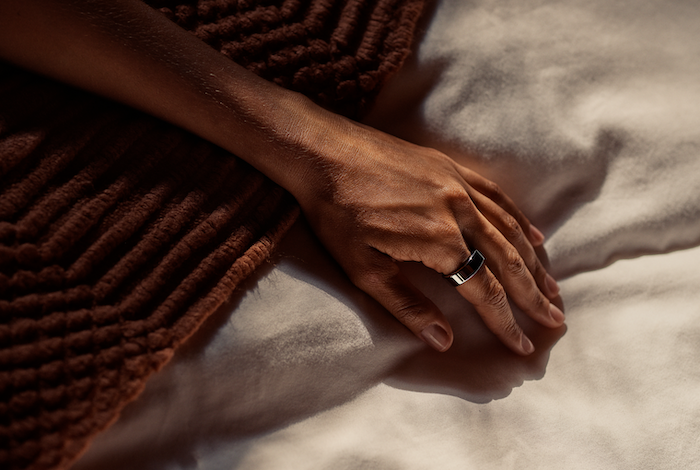 Oura’s Product Development and Science teams strive to achieve a high level of scientific validation and accuracy for all of our health sensing features, so your Oura App insights are meaningful, trustworthy, and actionable. The new Blood Oxygen Sensing (SpO2) feature is no different.

Here, Oura’s science and product teams wanted to give our members a behind-the-scenes view of the research and development that went into building this feature.

As you breathe air into your lungs, oxygen molecules attach to hemoglobin — a protein in your red blood cells — and travel to organs, tissues, and cells across the body, where carbon dioxide is picked up and brought back to the lungs. This cyclical process is essential for the body to function properly.

Learn more about how blood oxygen levels affect your health.

The red and infrared LEDs in the Oura Ring turn on and off in a specific sequence (50 times a second) during the monitoring period. The light is reflected back from the tissue in your finger and travels along multiple paths, and its intensity is registered by the photodetectors in the Oura Ring. The relative intensity of the red and infrared light changes depending on the amount of oxygen-rich hemoglobin present in the blood. Oxygen-rich hemoglobin will absorb more infrared light (i.e. less light reaches the photodetector) and allow more red light to be reflected back.

SpO2 is calculated by applying advanced processing techniques to the raw signals and mapping measurements derived using the processed red and infrared LED signal on a calibration curve that is specific to the Oura Ring.

Measuring SpO2 accurately is challenging for both consumer and medical devices because it can be affected by factors like environmental conditions and user movement. Typically, SpO2 is measured by placing a pulse oximeter on the tip of the finger or on the ear lobe to measure the amount of light passing through the tissue (whereas Oura Ring measures light reflected back from the tissue). Fingertips provide good optical characteristics for this noninvasive measurement as blood vessels have thinner walls and are more diffused.

Your Oura Ring measures SpO2 at the base of the finger. where the blood vessel walls are slightly thicker, blood circulation is more concentrated, and big bone is present, thus making optical measurements somewhat more challenging, although less so than on the back of the wrist where most smartwatches measure SpO2.

The R&D process behind building this feature was intense, and we encountered several challenges along the way. Measuring SpO2 at the base of the finger is a relatively new concept, and members of the science team at Oura worked hard for more than a year to make sure that we deliver a feature that meets our high bar for accuracy and reliability.

Data is the fuel that drives algorithm development, and so far we have collected more than 2,000 hours of data with a medical grade pulse oximeter as a reference. This includes data from an ongoing 1,000 person sleep study that Oura is conducting in collaboration with University of Michigan, in addition to datasets collected as part of internal testing at Oura on healthy volunteers.

In the University of Michigan study, we are recruiting participants with suspected disordered breathing during sleep. We collect data during an overnight sleep study with a full polysomnography setup, including a pulse oximeter for SpO2 measurement. Data is collected under different conditions (e.g. day and night), as well as diverse participants (e.g. healthy people and people with sleep disordered breathing, young and old), to minimize the risk of bias and improve generalizability of algorithms.

One of the challenges of developing new health-sensing algorithms is that they are often developed on data collected in controlled settings (e.g. sleep lab) in a relatively small number of people (N~100s), but they need to perform accurately for hundreds of thousands of members in real-world conditions, where factors like excessive movement, poor ring fit, and cold hands can have an impact on the signal and may result in false drops (i.e. not due to physiological changes) in SpO2 levels.

This requires that we carefully evaluate the trade-off between sensitivity (i.e. ability to correctly detect abnormal events) and specificity (i.e. ability to correctly detect normal events) of our algorithms while minimizing the likelihood of making mistakes. For the SpO2 feature, one such trade-off involved tuning the threshold for detecting drops in SpO2 levels.

In the spirit of do no harm (see the Hippocratic Oath), our approach for setting this threshold was to reduce the likelihood of false positives (i.e. detecting a breathing disturbance in the absence of a true drop in SpO2 level). We invested a significant amount of effort into evaluating and selecting the optimal threshold that provides the best trade-off between sensitivity and specificity.

As you use this feature, we are keen to learn from your experience – please share feedback so we can continue improving its accuracy and reliability for all of our members.

Due to COVID restrictions, the Product Discovery process (one of two tracks involved in feature development, along with Product Delivery) started with a 3-day online design sprint. Some core capability, and a lot of work on the science behind the feature, was on-going, but not yet conclusive enough to provide a clear hand-off for the feature squad. So, every day we mapped out a different solution, trying to anticipate the capability we would have available at the time we started development on the App side. The sprint team consisted of feature squad members, science, hardware, and quality engineers.

Throughout the sprint, we found ourselves focusing on the utility of SpO2 as a diagnostic tool, but not many uses were found outside of a clinical setting that could be common to a large portion of our members. So it became a design goal to focus on empowering people through this tool to understand their breathing and its effect on sleep and well-being, without causing alarm in the vast majority of our members.

Another challenge found during the sprint was that we expected the feature to require a major percentage of available battery charge to run. We did not have any mitigation strategies implemented that we could fall back on, as all battery data was from ”maximum burn” during research. We assumed that could be optimized, but at that point we wanted one of the solutions to address this contingency.

Three different concepts were created, with varying levels of granularity that aimed to help the squad hit the ground running once the ring and algorithm capabilities were clear. Our team concluded the sprint happy with what was designed and proceeded to perform feature validation through user interviews.

Thanks to some very diligent work on optimizing the measurement duty cycle, considerable battery savings were achieved that allowed us to launch the feature as a default-on feature, instead of a ”monitoring period.” This allows Oura members to gain an understanding of their breathing without a more permanent impact on their ring battery life. Despite SpO2 being measured during the entire sleep period, the impact on battery life is not significant — only about one day.

Another challenge in the product development process: allowing enough time for the algorithm development process to improve measurement accuracy. Being the crafty feature squad we are, we assumed future accuracy improvements would be available before rolling out for our members, and decided to implement a rough version for our internal users. This enabled iterative learning and optimization of the algorithm, and the end result is what you can see in the app.

Once we were satisfied with the feature on all its levels, and given our timeline, we staged the solution for delivery to the App Store under our staged roll-out scheme.

Thanks to the keen folks on our cloud side, after rolling out to 1% of the member base, we caught a hard-to-spot, cascading issue that ran the risk of causing a major disruption to the backend. (And at worst a permanent loss of key debugging data.)

The team made the call to roll the feature back to 0% while a fix was implemented. Our embedded developers worked tirelessly to uncover the root cause and develop a fix for it, supported by App and Cloud engineers.

Once the fix was verified, we resumed the rollout on a tightened schedule, and after some hair-pulling excitement, we were relieved to see a smooth launch for 100% of our members.

With accurate and continuous monitoring of blood oxygen levels, our long-term vision is to enable early screening, detection, and diagnosis of conditions like sleep apnea. However, achieving this vision will require further research and development across all aspects of our product stack — hardware, science, software, and product — and currently the Oura Ring is not intended as a medical advice.

Learn more about sleep apnea on The Pulse.

About 30 million Americans are believed to have sleep apnea. And, a recent paper published in The Lancet estimated that almost 1 billion people across the world have mild to severe sleep apnea. This is a serious medical condition that is associated with a significant increase in the risk of developing cardiovascular diseases, such as heart failure and stroke, and has a negative impact on mental and cognitive health.

Yet about 80% of moderate and severe cases of obstructive sleep apnea go undiagnosed, according to the American Sleep Apnea Association. This means many people suffering from sleep apnea are not aware of it until the severity of their condition increases significantly — losing valuable time to seek diagnosis and treatment that can help improve long term health outcomes.

We will continue to invest in our research and development efforts to improve our algorithms using advanced signal processing and machine learning techniques and augment the sensing capabilities of the Oura Ring.

As an Oura member, your feedback is greatly appreciated as our teams work to improve our product features like this one.